Mrs. Anjali Saraogi, a 42 year old mother from Kolkata, participated in the 21km race in Airtel Run for Education Marathon and came amongst the top finishers with third position among the female runners. 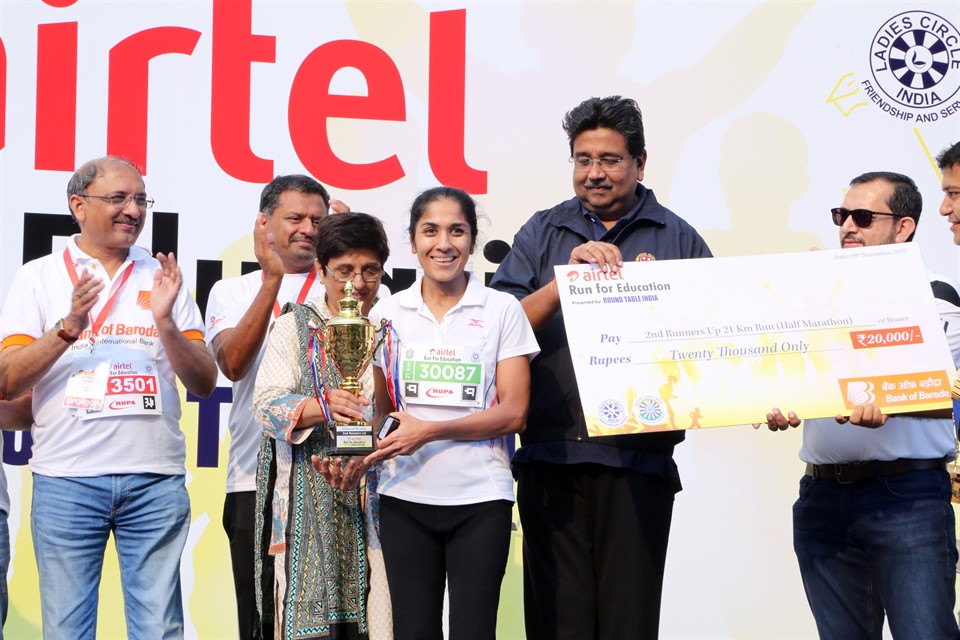 Anjali is a working woman who helps her husband in running a health care diagnostic clinic. During the marathon, she covered the distance of 21 km in 1 hour 55 minutes and 15 seconds and ran the entire track at an average speed of 10.9km/hr. Being a total non-athlete, completing that distance in record time was a big achievement. 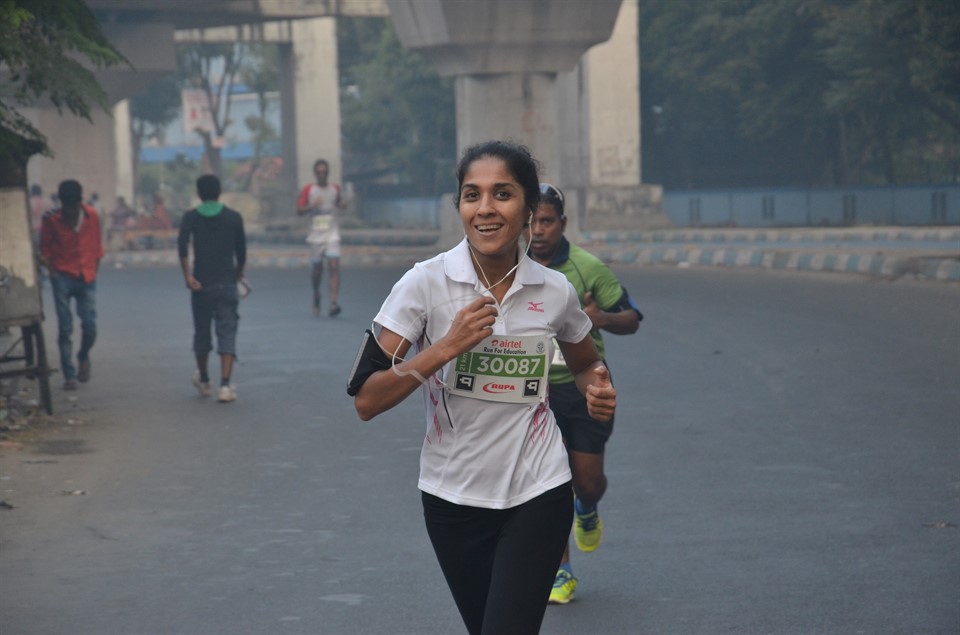 Airtel Run for Education Marathon, presented by Round Table India was held in Salt Lake in 29th November, 2015. It is a fund raising event which, organized to support the cause of providing education to the underprivileged children, signifying ‘Freedom through Education’.

The event got an overwhelming response with huge number of participation from all parts of the city, including corporates, schools, army, NGOs etc., which had enough people to come forward run for a noble cause. Be it working professionals or business owners, youngsters looking for change in society or the older generation, all of them came under one roof to make sure that maximum kids get a chance to learn.

The willingness to make society a better place and take part in events like this, also helped average people push their limits and achieve something like never before. Anjali’s spirit will inspire many women out there and we congratulate her and thank her for her participation.

Without people like you, this event wouldn’t have been so successful!