One Team, One Dream

Someone once very wisely said, “Running is a contagious addiction”. An addiction which spreads like a virus. One such addiction led to the formation of North Kolkata Runners. For them running is not only a sport or a game, but a way of life without which life would come to a standstill.

The founding members of the group had a mission and a vision to spread the running culture across the northern belts of Kolkata and later on to the entire city which went on a pursuit to find the North Kolkata Runners. They being a veteran had an ample amount of knowledge about the running circles being operated in the City of Joy. As luck would have them they did found a few more like-minded0 enthusiasts along with, our coach who laid the foundation of North Kolkata Runners in the Nov 17. Thus, their journey began where the initial road to success was full of hurdles and roadblocks with regards to place for practice, funds for equipment’s, people to support and many more. Initially they used to have only handful of runners and now they have the entire ground filled with runners of all ages and official launch of team on 26th March 2018.

Sweet are the uses of adversity. This is what kept on driving them with a hope and optimism to succeed. The real strength of one character only gets reflected during tough times when our resilience overcomes the pressures of time and circumstances. Gradually, they started getting recognised as their group was being discussed in each and every running circles in a very short span of time.

The Group being formed and members added exponentially, and uniform being decoded, it was time for some serious protocols to be drafted and strictly adhered to with regards to the functioning of the group. Discipline, sincerity, honesty and commitment became the four pillars on which their premise was laid. Self-belief, hard work, grit, resolve and determination became the tools for success of their group.

They practice thrice a week and the remaining three days are left for running including a long run on Sundays along with a rest day on Mondays. The training comprises of high intensity interval training, tempo, drills, dynamic and static stretches along with some yoga sessions at times. Being a running group, they made it mandatory for every member to remain present for the running sessions. 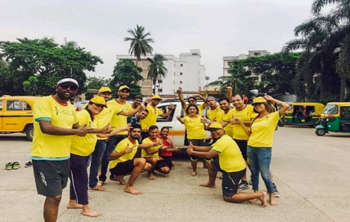 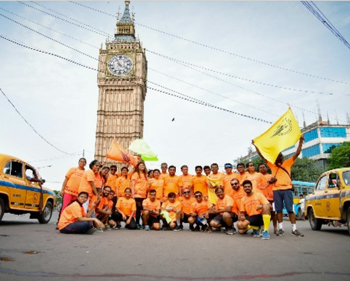 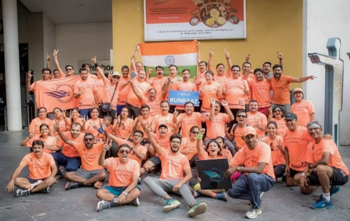 Now North Kolkata Runners is a family of ninety-five odd members soon heading towards the century mark. They have eleven members who have the distinction of completing a full marathon each and another twenty-three to have completed more than four half marathons each. They had the privilege of hosting the 14th collaboration run of the Kolkata Runners on the 5th of August this year. With running gaining momentum like never before, we are sure that North Kolkata Runners will succeed in reaching its goal of spreading health and fitness there by making Kolkata Runners the strongest sporting body in the city and most importantly Kolkata as the running hub of our country.

We are extremely glad to have north Kolkata Runners as a part of the fifth edition of our flagship event Airtel Run for Education and we hope they will always be there with us for our future endeavours.