Celebrating The Spirit Of Life With Amputee Athlete Uday Kumar

31-year-old Uday Kumar is just another man who walks down to work every day and comes back home to his wife and 2 little children at the end of the day. What’s special about him is his love for running marathons. The other special thing about him is his left leg, which has a 91% disability.

Uday Kumar stands as an example of courage, dedication, and strength as he runs one marathon after another with one natural, and one prosthetic leg. In the past one year, Uday has participated in several runs and is the 1st amputee from West Bengal with so many successful marathons in this of achievements. Airtel Run for Education 2019 by Round Table India, supported by Bharti Airtel, was proud to have him with us! 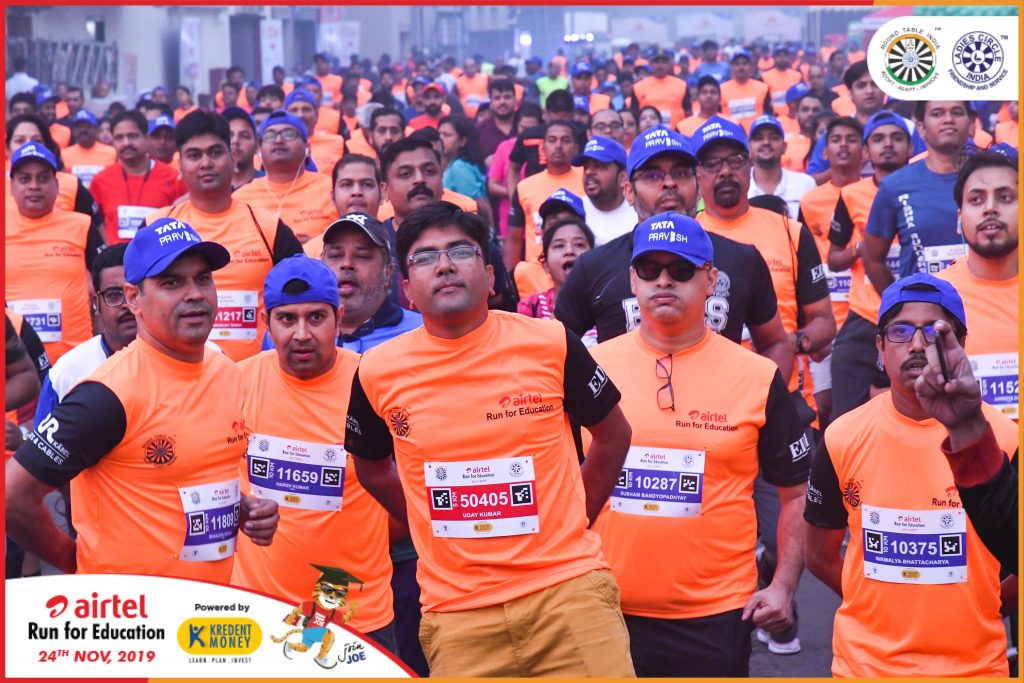 Uday was left devastated after losing his left leg to a train accident in October 2015. The pain of losing one leg and the accompanying stress, the responsibility of two small kids and a very supportive wife was all he had to look up to. The Kumar family was traveling back to Kolkata from their hometown in Bihar when this misfortune struck them. Uday slipped and fell from the train into the railway tracks. An unbearable pain took over and Uday knew that this had to be the moment of rising up. Surviving the bitterness in his blood and bones, he made it to the hospital with little help. Awake throughout the agony, Uday felt a numbness in the left side of his body on the next day. His left leg had to be removed.

Determination saw a new level has Uday rose up from the doom and pledged to achieve way more than anyone thought possible. As of November 2019, Uday has had a bucket full of achievements and recognition for the sportsmanship spirit he has shone and the goals he has achieved. He has not only inspired people across the country through various engagements but has also been assigned the ambassadors of various past and upcoming marathons of the city. 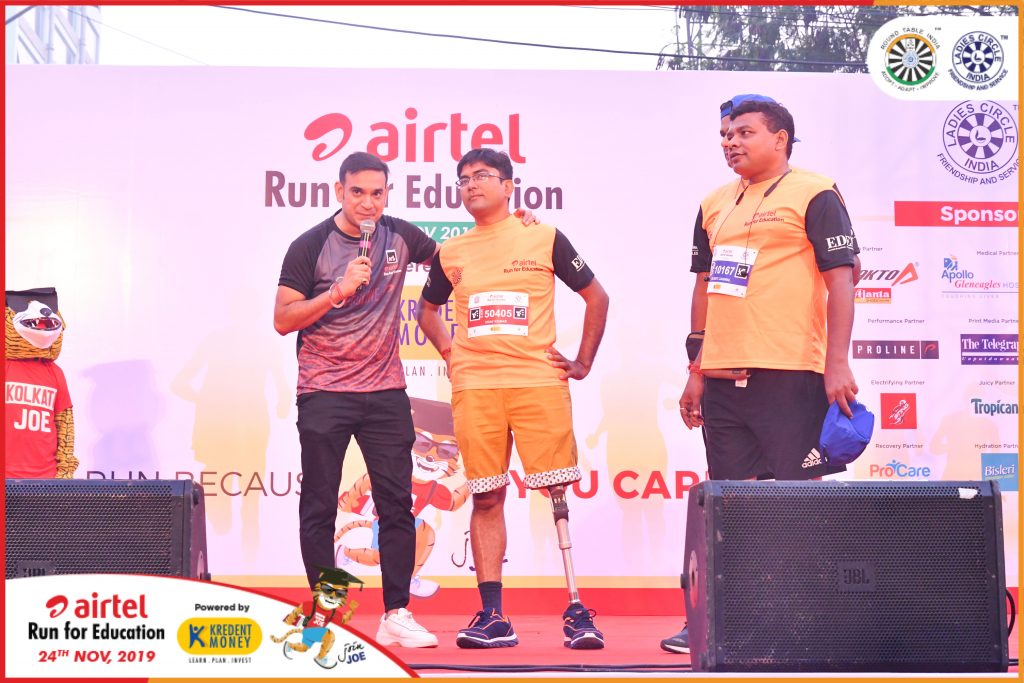 When we met him at the half marathon morning on 24th November, Uday was up there at 4 AM, flashing his running jersey and warming up for the grand 5K run. He was spotted at the practice marathons, all the exercise sessions and each accompanying activity that a dedicated runner would never like to miss. Basically, he has proven that life is as normal as we think it is. Adversities are just a part of this flow and can be overcome if one’s will stands strong – Uday Kumar proves.

To celebrate and acknowledge this stupendous spirit, Uday’s participation in the mentioned half marathon was supported by one of the supporting corporates of the event – InSync Tech-Fin Solutions. Today, Uday recalls his past agony as one of the biggest turning points of his life which made him realize the true meaning of life, love, and family. Today, he is looking forward to his next target: 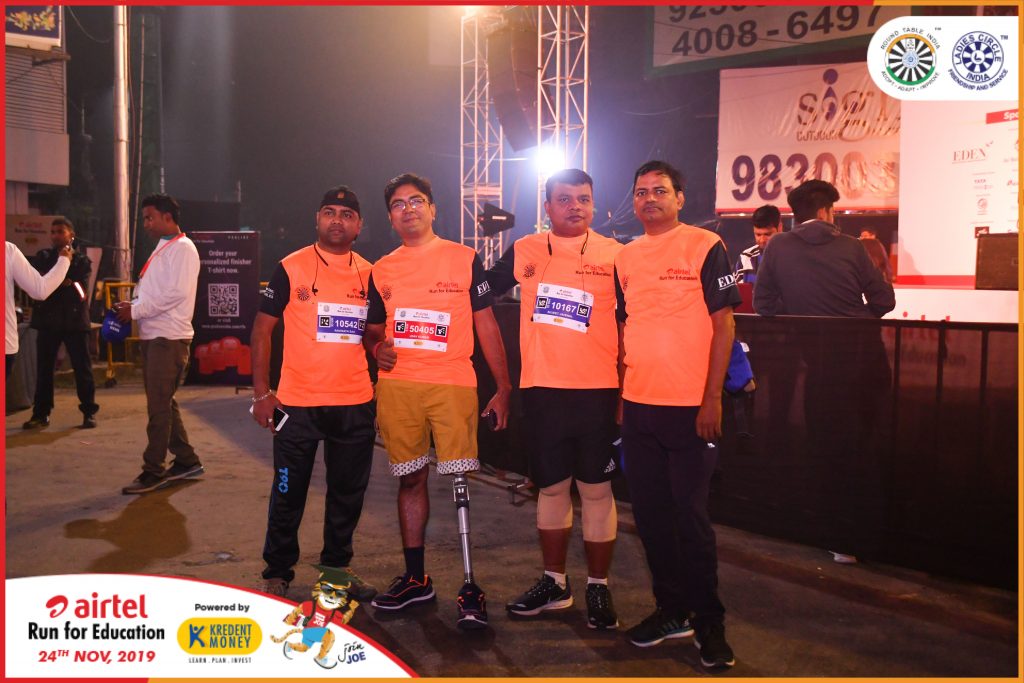 Run for Education salutes this young man as he keeps achieving, inspiring and motivating us! We wish more power for Uday Kumar and for every amputee who is winning over life like there’s no tomorrow!