The Running Season Has Kick-started And We Cannot Keep Calm!

The running season has already set in and Airtel Run for Education (ARFE) just can’t wait to hit the track on November 24th. With less than a week to go, the city’s energy is rising up and up! An army of 12 amazing Pacers have pulled up their socks and fastened their shoe-laces to drive the battalion of about 8000 runners into easily finishing their runs and achieving their goals on the morning of the half marathon at City Centre 1. 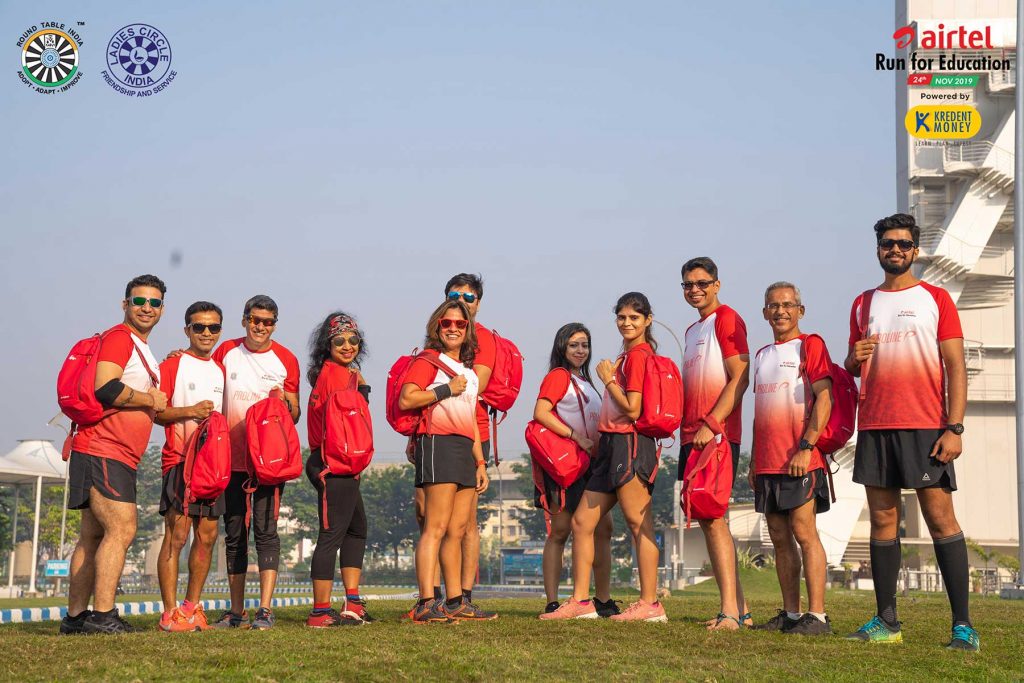 To add to the zest and take the community on a different high, the ARFE pacers gathered at the magnificent Biswa Bangla Gate on the last Saturday (16th Nov) at 5.45 AM. Their bright running jerseys and young hearted spirits already glittered up the environment and we could feel the spree of the sport at one of the most beautiful locations of the town!

From indulging in crazy photo-shoots in their unique running postures to talking, running, giggling throughout, the pacers had a gala time. Between all the fun-filled activities, the pacers and organisers made sure to disseminate the knowledge of the importance of running and staying active in this almost-sedentary life that most citizens are subjected to, through work. 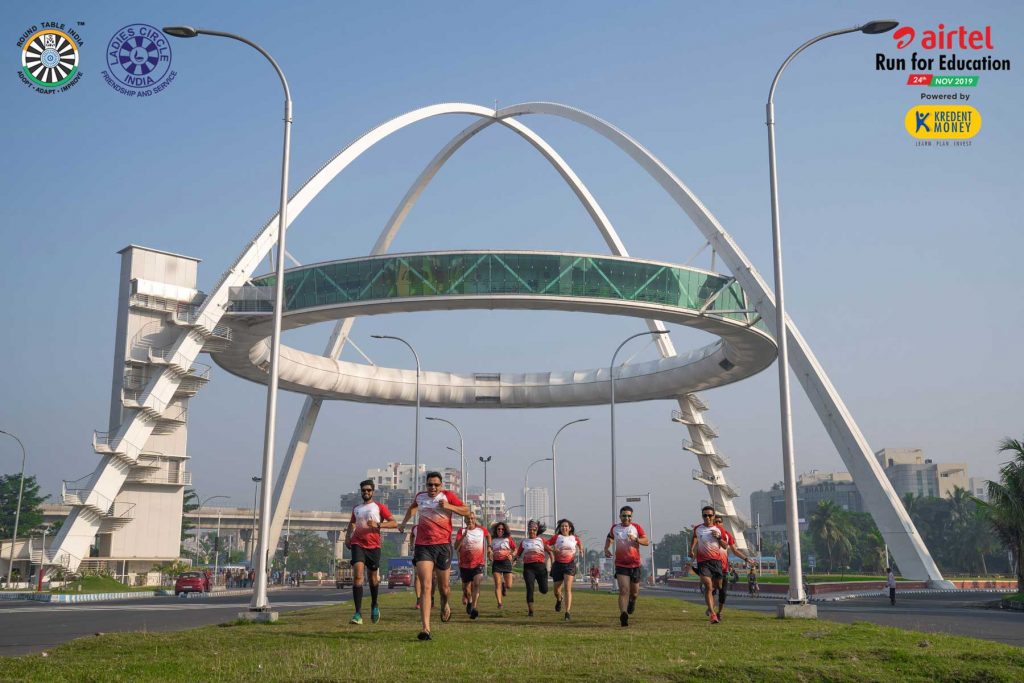 In many cases, mostly amongst the desk-bound working group of the city, movement is highly restricted – and so is their motivation towards gearing up towards good health. Many are found to complain, “I don’t have the time to hit the gym” – but one does not necessarily need to undertake intense workout sessions at the gym to attain fitness. Taking out as less as 30 minutes and a pair of running shoes is all you need to get your best health out.

Start running at a slow pace and gradually set your targets. The results are so vibrant that one cannot but fall in love with the sport. Runners in the city have witnessed the ‘once uninterested youngsters’ and ‘once unhopeful seniors’ achieve miraculous improvements in mental and physical health through simply running. The culture is coming out with such prominence in Kolkata that more and more running groups are formed across the city which see increasing participation with every passing year. 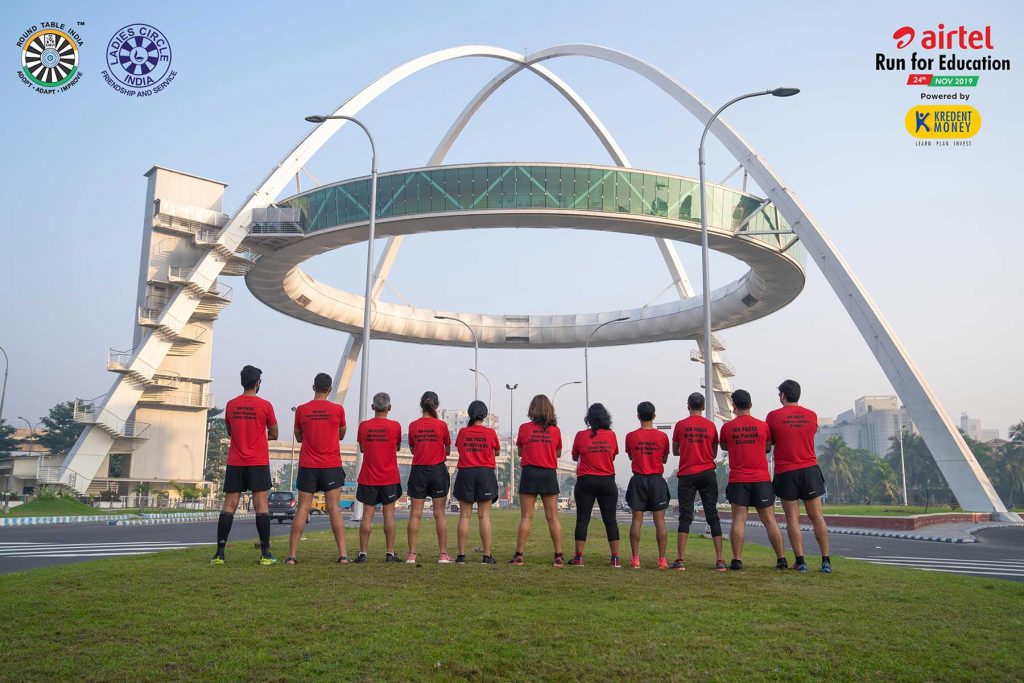 Airtel Run for Education has been one of the first half marathons organised in the City of Joy that has stood rock-solid since its inception (in 2014) towards promoting the joy of running and achieving one’s personal best through the sport. The organisers and the participants every year share a mutual feeling of pride and peace while working together towards making ARFE a success because they know how they are together contributing towards saving the lives of another large group of unprivileged children from the doom of illiteracy. All the funds raised from Airtel Run for Education are used in making classrooms and providing other infrastructural facilities for educating the needy children of the country. 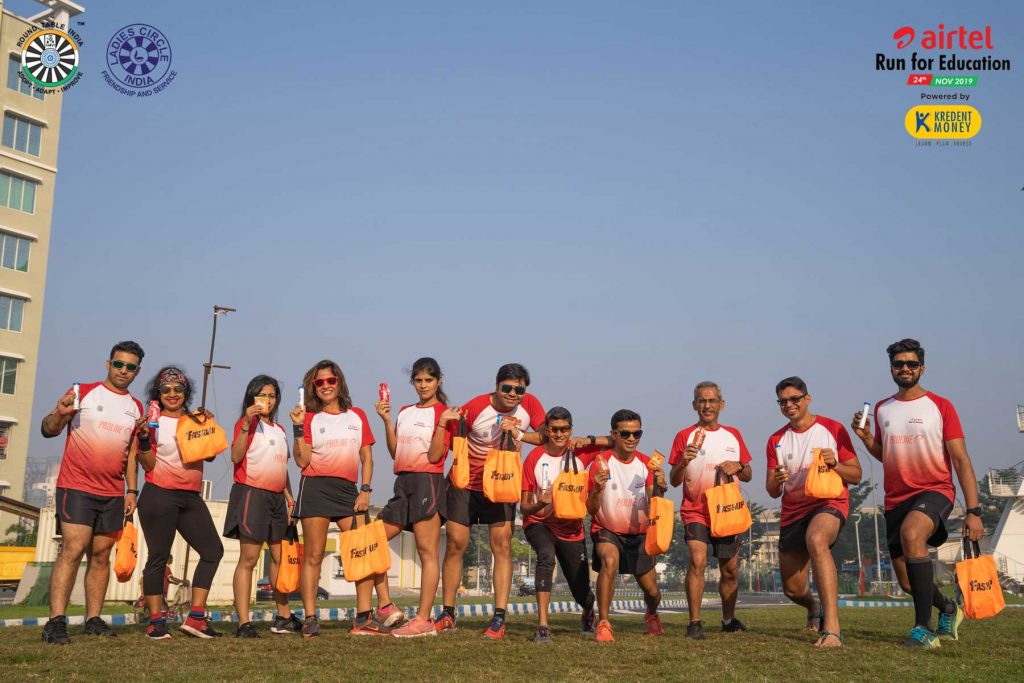 2019 being the 6th edition of this fund-raising sporting event, Airtel Run for Education is all set to raise the goodwill status of Kolkata on 24th November at City Centre 1.