12th October 2019 took the world of marathon running by a storm as one fellow ran the 1st Sub 2 hours Marathon in Vienna, Austria, in less than 2 hours time – 1hr. 59mins. 40secs to be precise, and proved that NO HUMAN IS LIMITED.

Eliud Kipchoge is a world record holder who has won 12 of all the 13 marathons he has run. The interesting fact is, Kipchoge was never originally a road-runner. He came from a track background where his runs measured much much shorter than what we can call a ‘marathon’. After winning bronze and silver medals in the Olympic games 2004 and 2008, he experienced a doom when he failed to make it to the Kenyan Team in the London 2012 Olympics. This very failure marked the historic event of Kipchoge switching to road running now, and after this, there was no looking back for him. He dominated every track that he set foot on. Kipchoge overcame hindrances like they never even existed. 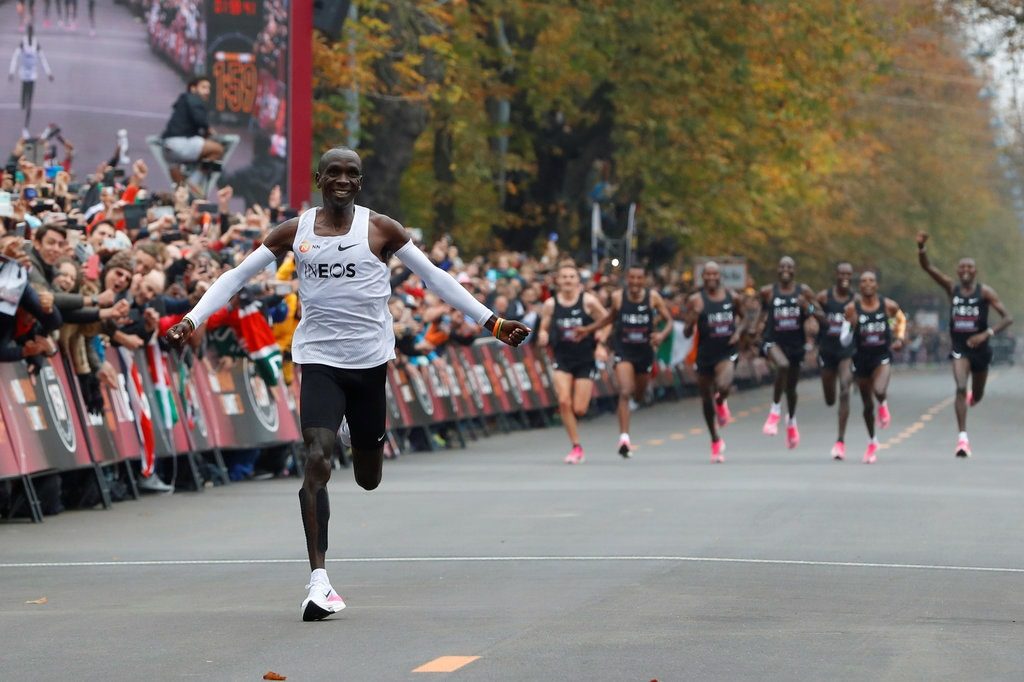 The science of running a marathon has been on the discussion days in and out, and yet there was no specification on just how hard the human body could work! But the inference that was drawn as a sure fact (through various studies), is that it was IMPOSSIBLE to run a marathon in less than 2 hours. While the world had accepted this information for truth, here was Eliud Kipchoge in Kenya who was preparing to break this thought-barrier down challenge himself into achieving what the world wasn’t even thinking about! But all of it took a lot of doing.

Intensive exercise, running up to 114 miles/week for months at a stretch, choosing the hard path, bumpy roads for his practice runs at an altitude of 2400mt in Kenya, straining the body to acclimatize with lower oxygen levels in the air so thin (at 2400mt altitude) – and doing all of this with a dedication so hard, went into winning over the apparently impossible task of running a marathon below 2hrs! With a pace of 435/mile, which approximately means 13.1 miles/hr., Kipchoge ran to create history.

So here, just a week ago, Eliud Kipchoge gave birth to a new era of marathon running and a new generation of runners who will now carry the one and only Eliud Kipchoge in their hearts, and know for a true fact that #NoHumanIsLimited

Run For Education salutes his spirits and takes pride in belonging to the fraternity of running which holds a man so noble as Kipchoge!